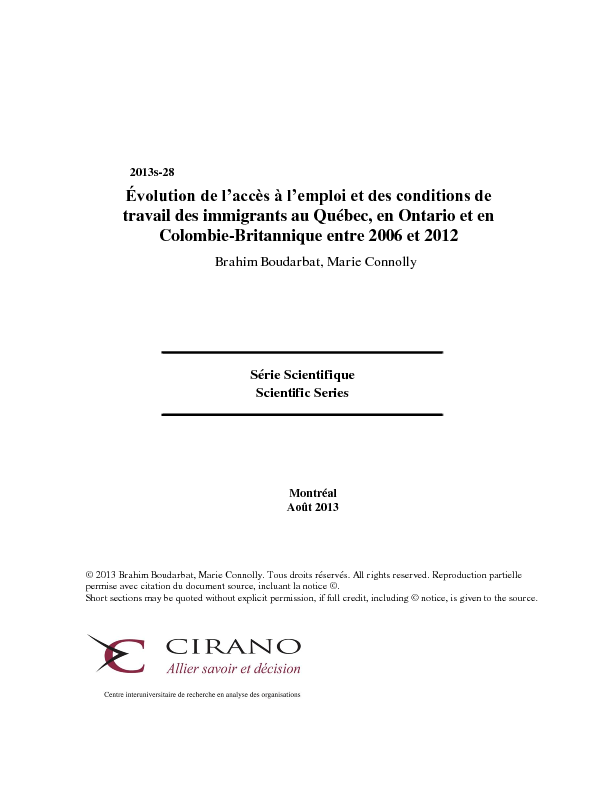 This report provides a statistical portrait of the labour market situation of immigrants in Quebec compared to Ontario and British Columbia. We analysed this situation from two angles, quantitative (activity and unemployment rates) and qualitative (working conditions), over a sufficiently long period of time to neutralise the cyclical effects and draw solid conclusions. Empirical data are from the Labour Force Survey (LFS) for the period 2006-2012 and refer to the population aged 15 to 64. Quantitatively, our results support those of previous studies that access to employment is more difficult for immigrants from Quebec than from other Canadian provinces, particularly British Columbia. They also indicate that this situation is far from temporary, since immigrants in Quebec face a high double-digit unemployment rate and this disadvantage persists over time. However, the analysis of terms and conditions of employment provides a downside to British Columbia's good performance relative to Quebec in terms of immigrant employment. Indeed, this performance is essentially due to the greater propensity of immigrants in British Columbia to opt for self-employment and to accept lower quality jobs. They are also relatively more likely to rely on their network of family and friends when looking for work. In fact, this province is far from being a model for the economic integration of immigrants despite low unemployment rates among them. Finally, we note the important role that the place of graduation plays in access to employment ñ especially in Quebec ñ and in the quality of employment. In all three provinces studied, immigrants who graduated in Africa, Asia or the Americas (except the United States and Canada) are significantly disadvantaged. However, these regions are by far the main sources of immigration to Quebec and Canada. All in all, Quebec ñ like Ontario and British Columbia ñ is far from making the most of the resources available through immigration. As a result, provincial and federal governments will need to focus more on promoting the full use of these resources through the effective participation of immigrants in the labour market. 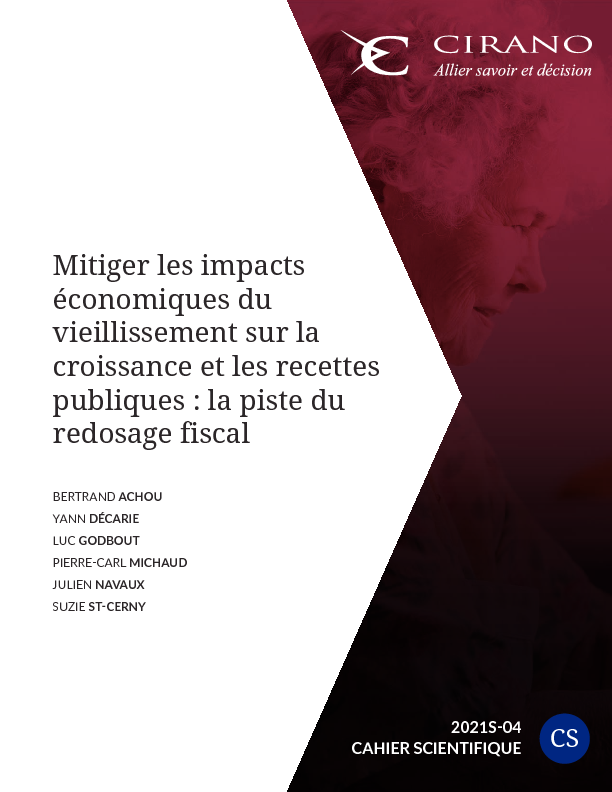 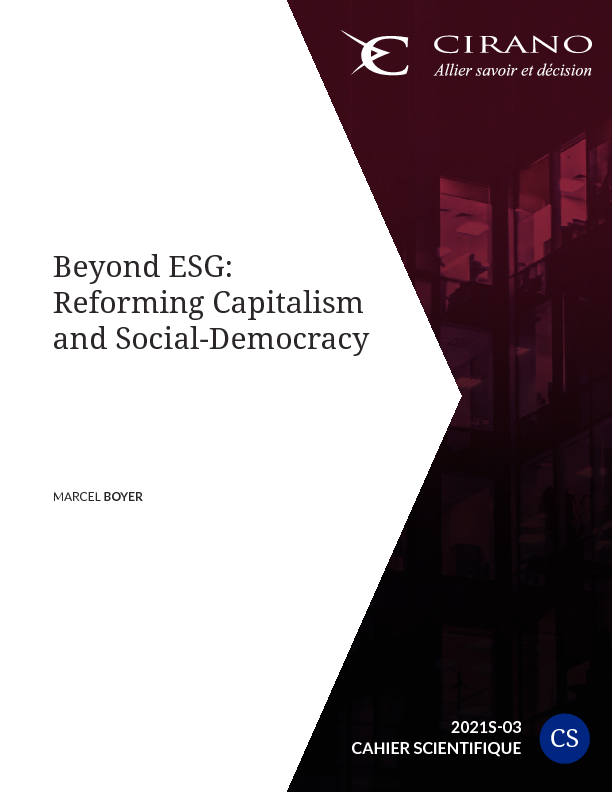