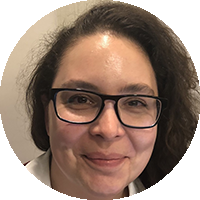 Area(s) of interest
Macroeconomics;
financial risk-taking and integration of financial markets;
problems of inequality in the economy

Macroeconomics, financial risk-taking and integration of financial markets, problems of inequality in the economy

A CIRANO Researcher since 2017, Vasia Panousi is Assistant Professor in the Department of Economics at the Université de Montréal. She also holds the Canada Research Chair in the Macroeconomics of Risk and Entrepreneurship and is Member of the Centre interuniversitaire de recherche en économie quantitative (CIREQ).

Holding a Ph.D. in Economics from the Massachusetts Institute of Technology, she is a specialist in macroeconomics and deals with issues related to financial risk-taking and the integration of financial markets as well as problems of inequality in the economy and the optimal design of public policies in social insurance.