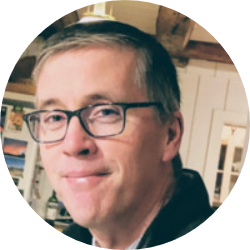 A CIRANO Associated Researcher and Fellow since 2013, William Pyle is the Frederick C. Dirks Professor of International Economics and an affiliate of Middlebury’s programs in International Politics and Economics and Russian and East European Studies.

Holding a Ph.D. in Economics from Duke University, his research focuses on economic institutions in post-socialist countries, most particularly Russia.

William Pyle is a research fellow at the Higher School of Economics’ International Center for the Study of Institutions and Development and on several occasions over the past decade has been a visiting researcher at the Bank of Finland’s Institute for Economies in Transition (BOFIT). In 2014, his BOFIT colleague, Laura Solanko, and himself were awarded the Russian National Prize in Applied Economics for their research on Russian business lobbies.