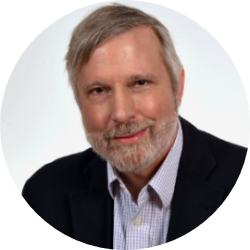 A CIRANO Researcher and Fellow since 2013, Eric Latimer is Research Scientist in the Douglas Research Centre, Full Professor in the Department of Psychiatry and Associate Member of the Department of Epidemiology, Biostatistics and Occupational Health at McGill University.

Hoding a Ph.D. in Economics from Carnegie Mellon University, his research interests focus on community-based supports for people with severe mental illness, including homeless people.

Eric Latimer was Assistant Professor of Health Economics at the Harvard School of Public Health from 1989 to 1996. There he carried out work concerning the practice expenses component of the Medicare Fee Schedule and Canada/US comparisons of physician service use. He also participated, with Barbara Dickey, in the economic evaluation of programs for homeless people in Boston.

In 1996 he joined the Douglas Mental Health University Institute and McGill University. From 1996 to 1998 he was also a part-time researcher at the Conseil d'évaluation des technologies de la santé (now Institut national d’excellence en santé et services sociaux), where he produced an influential report on the applicability of the Assertive Community Treatment (ACT) model for the care of people with severe mental illness to the province of Québec.

He has served as consultant to the Québec government and has collaborated or served as a consultant with research teams in Europe and North America.

He has been a member of CIHR’s Institute for Health Services and Policy Research Advisory Board (2007 – 2010), a member of the Board of Directors of the Canadian Association for Health Services and Policy Research (2004 – 2010) (Treasurer 2006 – 2010). In 2007 – 2008 he was a Visiting Scholar at the London School of Economics, the Center for the Economics of Mental Health of King’s College London, and the Personal and Social Services Resarch Unit at the University of Kent at Canterbury.

Homelessness in Quebec from an economic perspective