Conference: Why are the Performances and Cognitive Achievements of Pupils in the Maghreb Weak?

Mohamed Ayadi, Professor of Economics at the Institut Supérieur de Gestion (ISG) at the University of Tunis and Visiting Researcher at CIRANO, presented his work on the performances and cognitive achievements of pupils in the Maghreb.

Since their independence, the Maghreb countries have made a great deal of effort to increase their children's school enrolment rates from less than 20 per cent at the outset from the 1960s to almost 100% by the late 1990s. Access to primary schooling is now almost generalized in both urban and rural areas, and for girls and boys alike. for the boys. However, many children have low cognitive achievement, which affects their socio-economic integration. It is important to note that the cognitive achievement levels of the social class of the parents and their backgrounds determine the level of education of pupils in the Maghreb countries. of life. Mr Ayadi's presentation focused on the characteristics of the education systems of Algeria and Tunisia in comparison with those of other countries of the Francophonie - Canada, France, Qatar and Vietnam. Using data from the PISA 2015 surveys, it addressed the concept of school inefficiency and the problem of inequalities in students' cognitive achievement in the two countries studied. 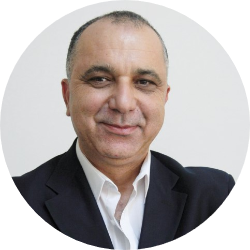 Mohamed Ayadi is Professor of Economics at the Institut supérieur de gestion (ISG) of the University of Tunis. He is also Director of the Applied Quantitative Analysis Unit (UAQUAP) and a member of several research centres and networks including the Observatoire de la Francophonie économique, Economic Research forum (ERF), Partnership for Economic Policy (PEP) and North Africa Bureau of Economic Studies (NABES lab). Professor Ayadi has supervised the writing of more than 25 theses and published more than 30 articles on development economics topics. The economics of education and the education system are also among his areas of interest. His articles have appeared in the following journals Journal of African Economies, International Journal of Educational Development, The Journal of Development Studies, Journal of Industrial Economics, Middle East Development Journal, International Journal of Social Welfare, Economics Bulletin, Structural Change and Economic Dynamics, Economic Review, Journal of Business & Economics, Panoeconomicus, Economic News, Empirical Economics and Swiss Journal of Economics and Statistics.
[ - ]
[ + ]