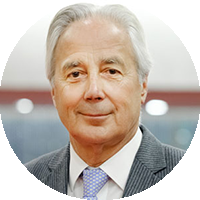 A CIRANO invited Fellow since 2015, Jean Chagnon was President and Chief Executive Officer of Lallemand Inc. for 34 years before retiring in 2015.

Jean Chagnon was born in Montréal in 1949, and studied at Collège Stanislas, HEC Montréal and Oxford University. He took over from his father in 1981 at the head of Lallemand Inc, a Canadian family business specializing in the development, production and marketing of yeast, bacteria and specialty ingredients, present in some 40 countries around the world. During that time he greatly contributed to the firm’s international expansion. Since 2015, his son Antoine has been running the company. Jean Chagnon continues to serve as a special advisor. He has also served as a member of the Board of Directors of Van Houtte Inc, Canada Life Financial Corporation and the Canada Life Assurance Company.