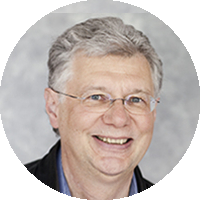 A CIRANO Researcher and Fellow since 2015. Philippe Faucher is Honorary Professor in the Department of Political Science at the Université de Montréal. He is also Member of the Montreal Centre for International Studies (CÉRIUM).

Holding a Ph.D. from the School for Advanced Studies in the Social Sciences, he is an expert of major international economic organisations such as the WTO, the World Bank, the IMF and the G8.

Former Director of the Department of Political Science at the Université de Montréal (2005-2009), his teaching focuses on issues of economic policy and globalization. In addition to international economic policy issues, he has a special interest in the political regimes of Latin America, particularly Brazil. His current research focuses on political institutions in relation to development processes, on macroeconomic policies in emerging countries and on oil rent as a factor of economic and political instability.

Diploma(s)
Ph.D., School for Advanced Studies in the Social Sciences