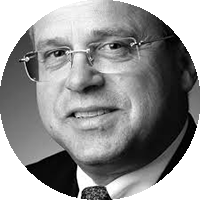 A CIRANO Invited Fellow, Alain Batty is Adjunct Professor and member of the International Advisory Board at HEC Montréal, founder of Batty & Associates, an automotive consulting company (since 2010), and former President of Ford Canada (2001–2004). He also serves as a judge at the Commercial Court of Paris.

During all these mandates with this large manufacturing company he was also on the Executive Boards of Ford Motor Credit and therefore very involved in cash management and all aspects of financing of the business (retail financing, wholesale financing, long and short term leasing for Ford, their importers, their dealers and customers).

Having operated for Ford on four continents, he has a detailed knowledge of the supply chain, including the component manufacturers, as well as an extensive international marketing, sales and distribution background in Europe, North America, Africa and Asia Pacific.

He serves on the International Advisory Board of HEC Montreal (Canada) and on the Dean’s Advisory Council of the Schulich Business School in Toronto. Having negociated the investment agreement and set up the manufacturing and distribution of Ford in Russia, he as a hands on knowledge of Russia and has maintained active contacts in Russia including with the US-Russia Business Council.

He received a doctorat honoris causa from HEC Montréal and was also made Knight in the Order of Merit by the President of the French Republic.