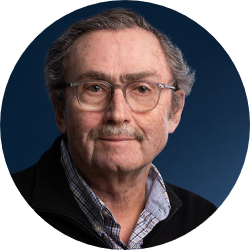 A CIRANO Researcher and Fellow since 2013, Mario Polèse is Emeritus Professor at the Urbanisation Culture Société Research Centre of the Institut national de la recherche scientifique (INRS). He is also a Senior Adjunct Professor at the School of Urban Planning at McGill University.

Holding a Ph.D. in Urban Planning from the University of Pennsylvania, Mario Polèse has extensive expertise on regional economic development issues, which is often sought after by various levels of government and international agencies.

Upon his arrival at the INRS in 1970, Mario Polèse was entrusted with the direction of major studies such as the project for the new international airport in Mirabel. Among his outstanding achievements is the historic agreement with the City of Montreal, which allowed INRS researchers to participate in the development of municipal policies and to build on their expertise on urban issues. He was also the driving force behind the Groupe interuniversitaire de Montréal, which he led for fifteen years. Designated a Centre of Excellence by the Canadian International Development Agency, this group fostered collaborations between researchers from several Montreal universities and researchers from 18 countries in the South to study the urban realities of developing countries.

Mario Polèse shed new light on the challenges of peripheral regions, the role of technological innovations in urban growth and social sustainability. As Canada Research Chair in Urban and Regional Studies from 2001 to 2015, he developed an econometric model of employment growth by industry and locality, applied in Canada and other countries. His scientific output is masterful. He has been able to popularize his research in accessible books. His book Économie urbaine et régionale is a classic and remains the leading French-language university textbook in the field. He clearly explains the successes and failures of regional policies in The Wealth and Poverty of Regions. Why Cities Matter is widely cited and has become a reference.

A founding member of the Association des économistes du Québec, Mario Polèse is one of the designers of the joint INRS-UQAM doctoral program in urban studies, one of the first of its kind in Quebec and Canada.

His contribution is even more exceptional in view of the diversity and prestige of his positions at UNESCO, the World Bank and the OECD or as a visiting professor abroad. An esteemed advisor, he has been solicited by various government bodies with sometimes opposing political allegiances.