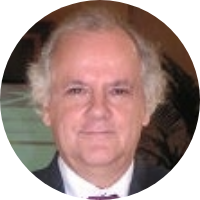 A CIRANO Invited Fellow, Paul-Henri Lapointe holds a Ph.D. in Economics from the University of California, Berkeley.

He joined the Public Service in 1975 with the Treasury Board Secretariat as a program analyst. He moved to the Department of Finance in 1977 as Senior Advisor with the Task Force on the Retirement Income System. He has subsequently served as Senior Economist, Fiscal Policy Division; Group Chief, Long-Range and Structural Analysis Division; Director, Economics Studies and Policy Analysis Division; and General Director, Economic and Fiscal Policy Branch. From 1990 to 1992, He also served with the Privy Council Office as Senior Economist, Plans and Priorities. He has been Assistant Deputy Minister for Economic and Fiscal Policy at the Department of Finance. From 2007 to 2010, he was Permanent Representative of Canada to the OECD.