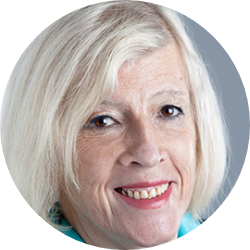 A CIRANO Researcher and Fellow since 2012, Florence Junca Adenot is Associate Professor in the Department of Urban and Tourist Studies at the École des sciences de la gestion of the Université du Québec à Montréal.

She has held various positions at UQAM since 1971: Director of Administration Programs, Vice-Dean in charge of the academic development of the Management Sciences sector, Vice-Rector of Communications, and Vice-Rector of Administration and Finance, in particular the construction of the UQAM Campus in the heart of Montreal. She set up the Forum Urba 2015, a platform for reflection on the conditions for the success of the cities of the future.

Florence Junca Adenot was a member of the Pichette Commission on Metropolitan Governance, and then served as founding President and CEO of the Agence métropolitaine de transport (AMT) from 1996 to January 2004, which she set up and developed in cooperation with 105 municipalities, 22 transportation organizations, government departments, private groups and associations.

She has chaired the Montreal Economic Development Commission and several boards of directors and juries.

She is the author of numerous conferences, various articles and studies.