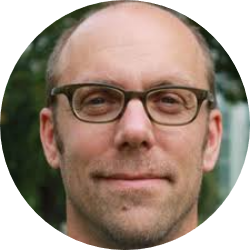 A CIRANO Researcher since 2010, Jeffrey P. Carpenter is James Jermain Professor of Political Economy in the Department of Economics at Middlebury College. He is also Research Fellow of the Institute of Labor Economics (IZA) and Associate Editor of Management Science and of the Journal of Behavioral and Experimental Economics.

Holding a Ph.D. in Economics from the University of Massachusetts Amherst, his research fields include experimental and behavioral economics, game and bargaining theory, and theoretical institutional economics.

He joined Middlebury College as Assistant Professor in September 1999. He was Member of the MacArthur Foundation Network on Norms and Preferences. He has been in residence and conducted research at both the Economic Science Lab at the University of Arizona and the Institute for Empirical Research in Economics at the University of Zurich.

His research has been funded by the National Science Foundation, the Russell Sage Foundation and the MacArthur Foundation.