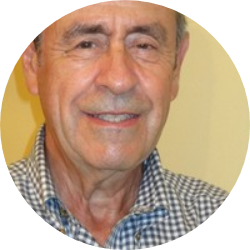 Paul Gauthier joined CIRANO as an Invited Fellow with responsibility for initiating and coordinating research programs related to pension issues.

He graduated with a Master's Degree in Economics from Université Laval in 1966, completed the Advanced Management Program in Business Administration and Management at Harvard University in 1982-83, and the Director Education Program at McGill University.

He began his career as an economist at the Bank of Canada, then took a finance / investment orientation. He worked for Desjardins Group for 16 years in various positions including 10 years as President of the Société d'Investissement Desjardins. A short incursion in the manufacturing sector with the Canam Manac group allowed him to be chairman of Gaz Métropolitain's board of directors for 2 years.

He successfully continued this work for 14 years until his retirement. During these years, he participated in numerous conferences and made several presentations on the problems of the pension system in Quebec and Canada.

During his career, Paul Gauthier has been a member of more than 20 boards in various sectors. He is still a member emeritus of the Circle of Presidents of which he was a co-founder more than 25 years ago.

A new player in the world of public pensions: the Province of Ontario Pension Plan