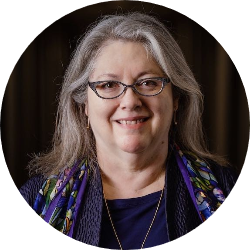 Holding a Ph.D. in Economics from the University of Virginia, her research interests are experimental economics, gender, charity, regulation and public enterprise.

She has held faculty positions at the University of British Columbia, Virginia Tech, and the University of Texas at Dallas, where she was founder and director of the Center for Behavioral and Experimental Economic Science.

She is Past President of the Economic Science Association (the professional organization of experimental economists), and was President of the Southern Economic Association (the largest regional association in Economics). She served for two years as an NSF program director for the economics program and currently serves on the Advisory Committee of NSF’s Directorate for Social Behavioral and Economic Sciences. She was co-editor of the Journal of Economic Behavior and Organization (2005-2012), and has served as associate editor or on the editorial boards of twelve journals.

As an experimental economist, she has made important contributions on topics that are both policy-relevant and of interest to the academic community. Examples include studies of: financial decision making; financial markets; altruism and charitable fundraising; preferences and behavior in poor, urban settings; the coordination of counter-terrorism policy; gender differences in preferences and behavior, including risk-taking and cooperation; and discrimination by race and gender in games of trust; racial/ethnic identity and undergraduate academic success. She is or has been a PI or Co-PI on twenty-four grants from the National Science Foundation totaling over $4.4 million. Her research has been funded by private foundations including the Russell Sage Foundation, the Aspen Foundation, and the John D. and Catherine T. MacArthur Foundation.

Catherine Eckel is an award-winning teacher, and enjoys engaging undergraduate students in original research projects. She has advised 15 Ph.D. dissertations, and her students hold faculty positions in the US and around the world. In January 2013, she was awarded the prestigious Carolyn Shaw Bell Award, given annually by the American Economic Association Committee on the Status of Women in the Economics Profession, for her work developing and participating in mentoring programs for women assistant professors.

Human Capital Investment by the Poor: Informing Policy with Laboratory and Field Experiments

Will the Working Poor Invest in Human Capital? A Laboratory Experiment 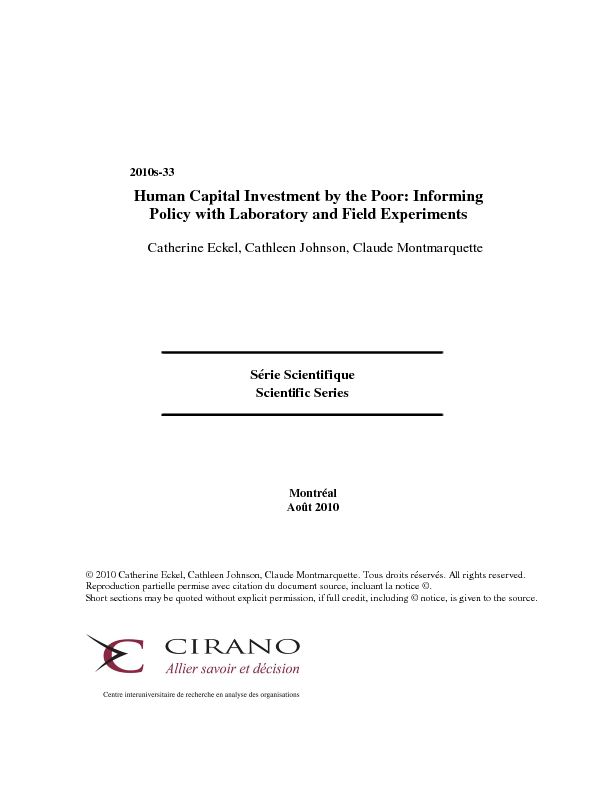 Human Capital Investment by the Poor: Informing Policy with Laboratory and Field Experiments 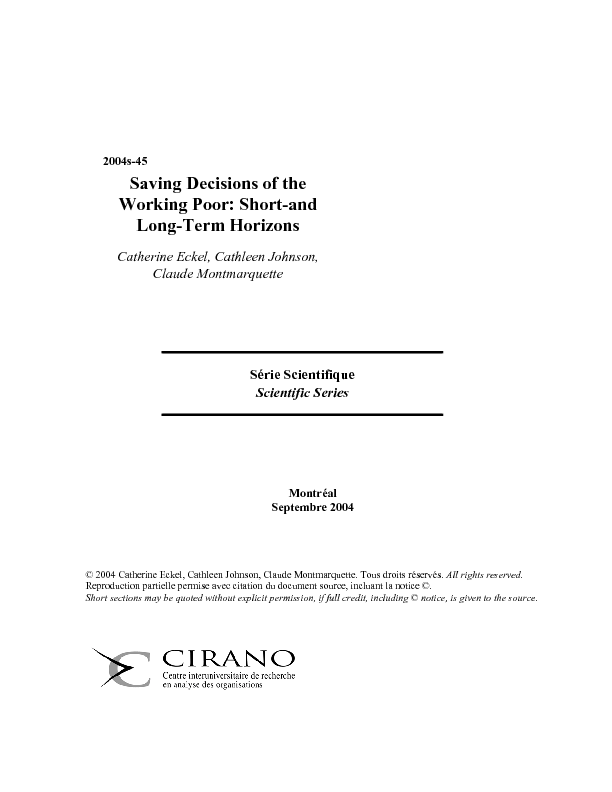 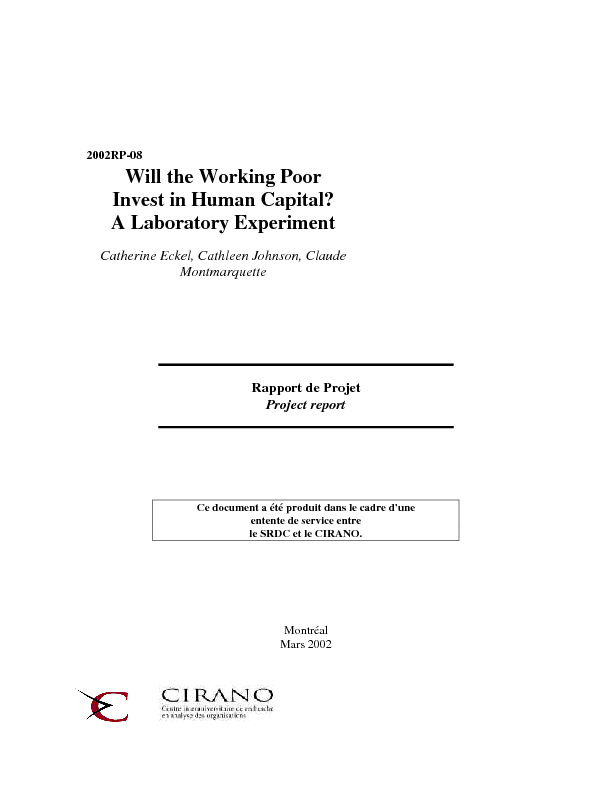 Will the Working Poor Invest in Human Capital? A Laboratory Experiment