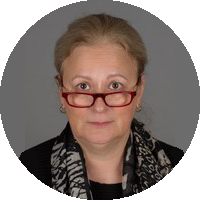 A CIRANO Associate Researcher and Fellow since 2001, Ursula Hess is Professor in the Department of Psychology at the Humboldt University of Berlin.

Holding a Ph.D. in Social Psychology from Dartmouth College, her research program is centered on the communication of emotions.

From 1989 to 1992, Ursula Hess was a post-doctoral researcher (Maître Assistant) at the University of Geneva. In 1992, she began a professorship at Université du Québec à Montréal, where she was promoted to Full Professor in 2000.

She focuses on the social factors that influence this process such as gender and intergroup relations. One line of research investigates the influence of facial appearance on the perception of emotions in men and women as well as individuals of different age. Another line of research on social context influences focuses on emotion communication as a function of the ingroup versus outgroup status of the interaction partner. More recently, she has started a research program on emotion communication at the workplace. In particular she has been interested in employees' regulation of emotion expressions on order to conform to organizational display and feeling rules and the consequences for their wellbeing and satisfaction at work.

A Multi-Group Investigation of the CES-D's Measurement Structure Across Adolescents, Young Adults and Middle-Aged Adults 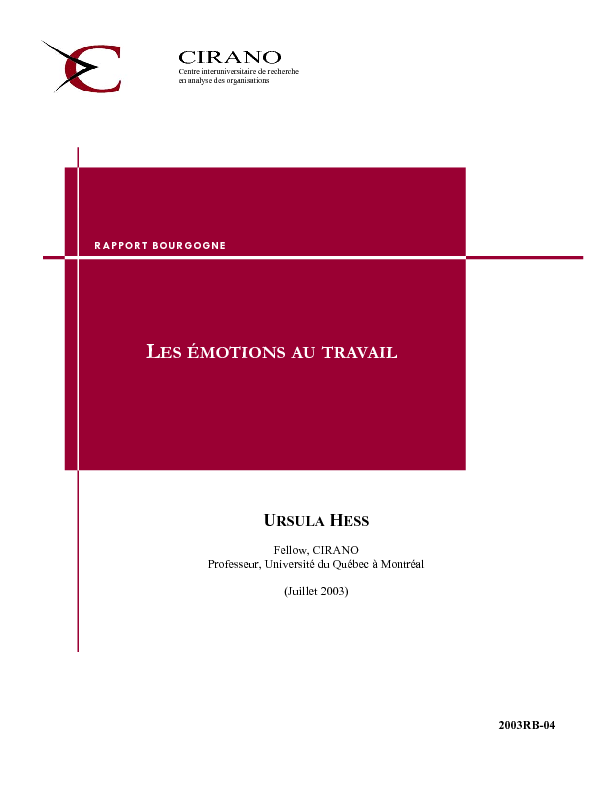 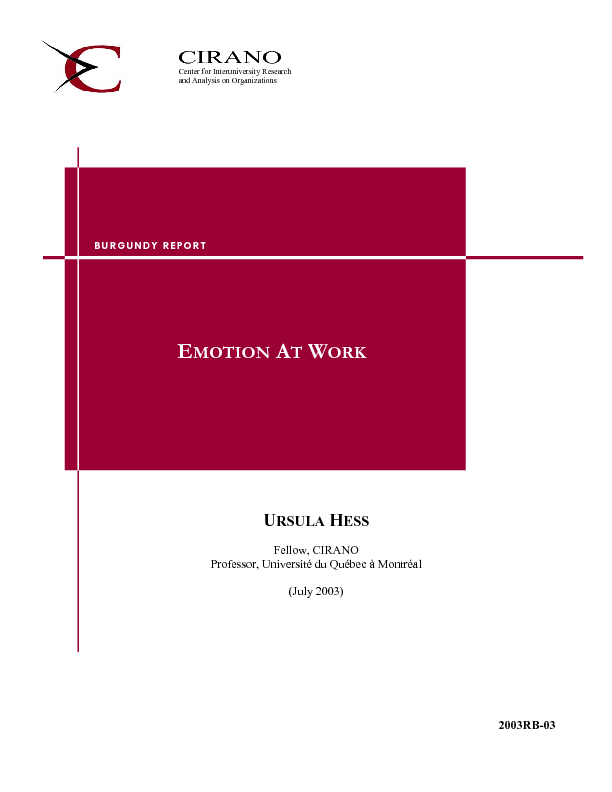 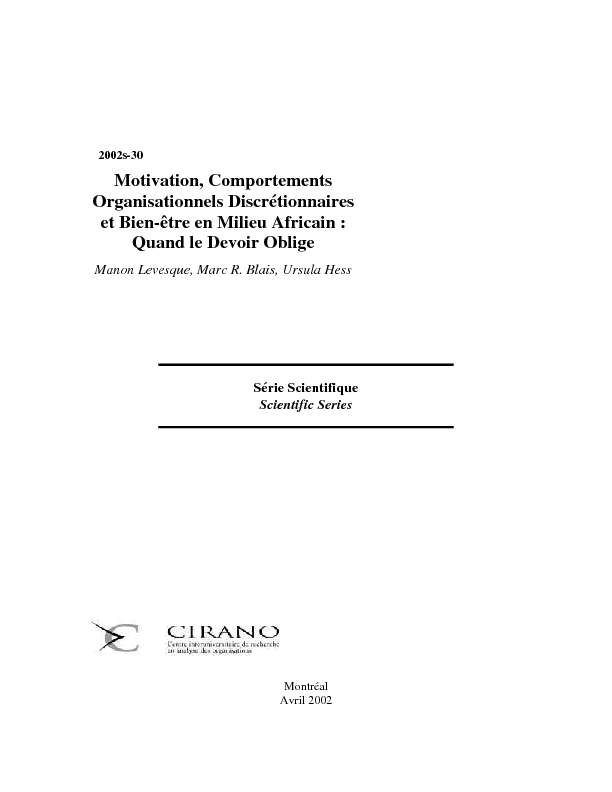 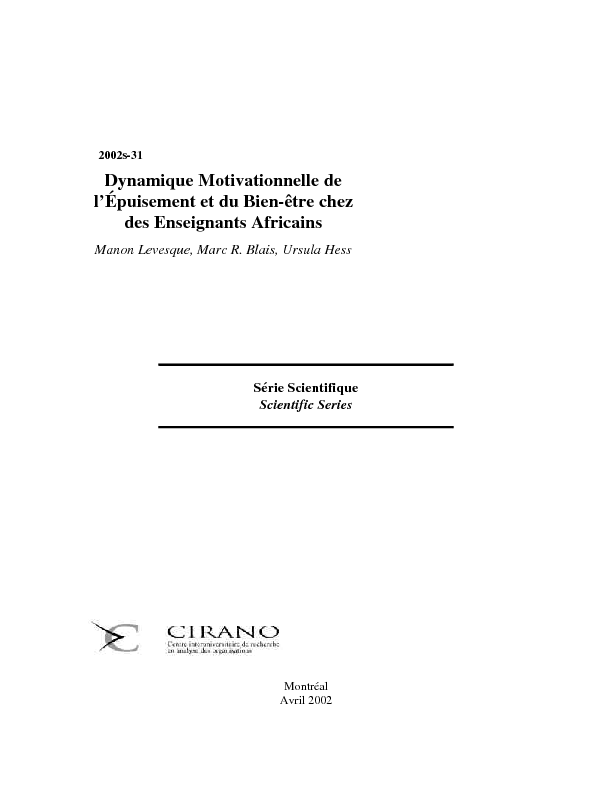 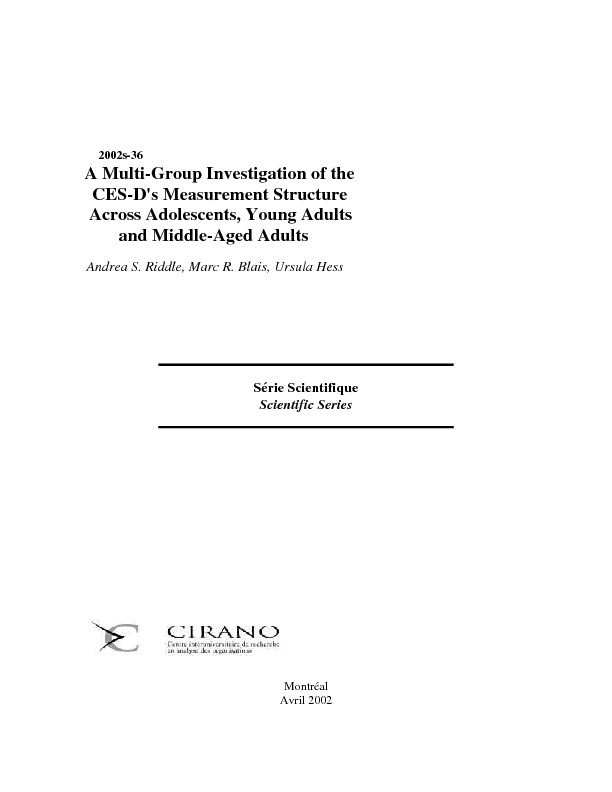 A Multi-Group Investigation of the CES-D's Measurement Structure Across Adolescents, Young Adults and Middle-Aged Adults