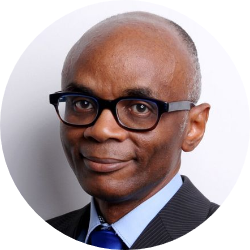 A CIRANO Researcher since 2019, Carl-Ardy Dubois has been director and full professor of the Department of Health Management, Evaluation and Policy of École de santé publique de l'Université de Montréal since 2014. He was hired as an Assistant Professor at the Faculty in 2003, and promoted to Aggregation in 2008.

Since 2004, Carl-Ardy Dubois has benefited from FRQS research fellowship grants and from several grants awarded as a principal investigator for the realization of his research program on the different configurations of health and nursing services organization, their implications for the workforce and their impact on quality of care and patient safety.

Due to its specific expertise, it is sought by national and international health organizations and ministries. Among other things, he obtains, as scientific director of the FERASI Center (Center for Training and Expertise in Nursing Administration Research), MSSS funding to pilot a large comparative study of nursing education systems in Canada and in Europe, the results of which were used by the Interministerial Committee on the Training of Newborn Nurses in Quebec in 2013.

Carl-Ardy Dubois is also a regular researcher at the IRSPUM, the RRISIQ, the Bordeaux-Cartierville-Saint-Laurent University Research Center, the European Observatory on Health Systems and Health Policy, and the ICU. the University of Montreal. His various affiliations allow him to develop a solid network of scientific collaborations leading to the production of eclectic publications (articles, book chapters, expert reports, monographs) and the participation and organization of scientific events. (ACFAS, CAHSPR / CAHSPR).

Carl-Ardy Dubois also devotes time to teaching and coaching at the graduate level. He developed a new course "Nursing Human Resources" for healthcare executives and delivered to video conferencing students. He is regularly asked to take part in seminars on the organization of nursing and the management of professional organizations. Beyond his faculty activities, Mr. Dubois is engaged in the EXTRA program (training program in research for executives who practice in health) and in continuing education projects placed under the banner of the FERASI Center.
[ - ]
[ + ]
University
Director of the Department of Health Management, Evaluation and Policy, Université de Montréal