[ANNULÉ] Séminaire : When Does the Mundellian Trilemma Bind? Corner Solutions Vs. Middle-Ground Policies

The Mundellian trilemma maintained its reputation of a sensible guiding framework regarding the policy trade-offs among monetary independence, degree of exchange rate flexibility and financial openness. The trilemma lays at a highly relevant meeting point of several strands of international macroeconomics literature, examining the international transmission of monetary policy shocks, the implications of different exchange rate arrangements, and the ‘optimal’ degree of capital account liberalization and financial openness. Unlike the corner solutions or polar positions, the empirical literature has been rather silent on the middle-ground policies and their implications on macroeconomic performance. Given the theoretical guidance, it appears that many countries are opting for inefficient trilemma configurations, i.e. the degree of achievement of the three policy objectives is well below the threshold, beyond which the Mundellian trilemma becomes binding. This implies that the countries were able to – but did not – increase the degree of achievement of a certain policy objective. At least four questions naturally emerge. First, do countries with efficient trilemma configurations have better macroeconomic performance than those with inefficient ones? Second, if so, what is the welfare loss associated with an inefficient trilemma configuration? Third, does the composition (or the policy mix) of inefficient trilemma configuration matter? For instance, at the same level of inefficiency, does it matter whether monetary policy autonomy or the exchange rate stability is sacrificed? Fourth, do these patterns depend on counties’ levels of economic development?

Although some applied studies question the validity of the trilemma - in particular, part of the research on the Global Financial Cycle, a large body of empirical literature concludes that the trilemma should not be contested over a long span of modern economic history. The central objective of our study is to assess the macroeconomic implications of different policy configurations within the Mundellian trilemma. The more specific research goals are to: (1) identify the driving forces of inefficient trilemma configurations; (2) evaluate the growth and inflation implications of the complex policy trade-offs for different country groups with a particular emphasis on the European transition countries, and (3) formulate policy-relevant conclusions for the European transition countries. 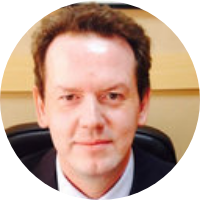 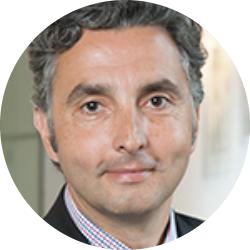